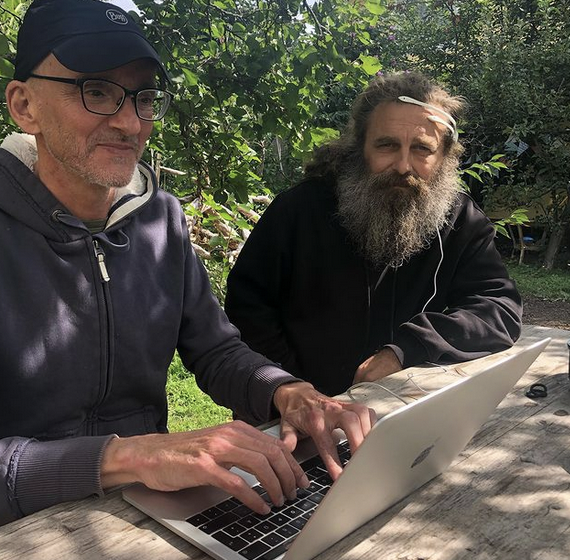 The thunder of sensory data
Our brain is constantly confronted with interfering signals, superimposing actual, information-bearing signals. Many of these disturbances are generated by the brain itself, for example by a random, uncontrolled “firing” of nerve cells. Japanese scientists Toshio Mori and Shoichi Kai, 2022 have found out, that our brain may utilize this interfering noise to amplify signals that had originally been too weak to be perceived.

The brain interferes with itself to counter the interference of the environment and uses this counter-interference to be able to increase its perceptual capacities even further into the difficile.

Thus, it can be argued that the brain has evolutionarily developed a mechanism to wrest the possibility of sense emergence from the indistinct and overwhelming “thunder” of sense-data.

Only against the background of neuronal noise, subtle sense impressions become clearly processable for the brain. Thus, the possibility to generate strongly differentiated sense – in the nonsensical chaos of what exists independently of a consciousness – emerges. The underlying level of sense. Such as the sense of survival, the sense of hearing, or the sense of a sound.

The disturbance of the disturbance
The project of Oliver Schürer, Herbert Könighofer and Lenny Fuchs aims to explore the relation of chaos, structure formation and sense formation in music and acoustics.

A fathoming of the structures of flowing, swirling and streaming of weak signals in the white noise of sensory data that incessantly pelt a human brain.

But how?
By means of a Brain-Computer-Interface – appropriately seen in the picture on the head of “Brian Brain”, aka Herbert Könighofer – brain waves of the multi-instrumentalist are read out. In a SuperCollider script these data are being processed. Sounds are filtered out of white noise and structured in many dimensions.

The 3 artists develop interrelations that make the emergence of “spontaneous order” highly probable. In the triangle BCI – SuperCollider Script – multi-instrumentality / textuality it is rendered possible to experience what happens when certain musical acts are performed by Herbert Könighofer, or when spoken word is presented by Oliver Schürer.

Furthermore, the trio explores the impact of artificial intelligence as a further “player in the game,” as a counterpart to the natural intelligences of homo sapiens consciousnesses. What role may AI play in order to wrest sensual signals from the noise of the world.

The audience becomes part of a listening experience in which the simultaneity of overwhelming disturbance and counter-disturbance generates the flow and swirl of meaningfulness.

The realization of the project would not have been possible without the support of the Austrian Federal Ministry of Arts, Culture Civil Service and Sport